Working as script translator of a devised contemporary musical theatre piece while it is being created, is both challenging and rewarding. It means liaising with director, producer, song-writers, actors, and of course the writer herself. It means seeing each scene unfold as I write it, hearing the actors reading it aloud, listening to their comments and editing accordingly. I have a great respect for their opinion because they know the characters better than I do. It means being frustrated when I think that someone made changes to the shared document without telling me and then remembering that I made those changes myself. It means having to kill scenes that I loved and clip pieces that I laboured well into the night over. The darkest hour was when I lost a whole day’s work and never found it. I wonder if it is still floating around somewhere in cyberspace like an astronaut who is lost for eternity. But enough of such thoughts, this has been a breathlessly exhilerating experience that was at times frustrating but mostly delightful. 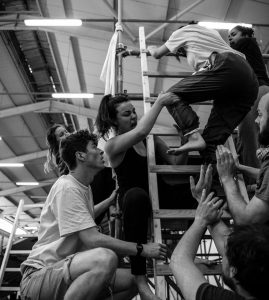 I was lucky enough to be given the opportunity to work on such a task and I must admit that I doubted myself here and there. But now that it’s done and I can watch the performers use Erin Carter’s wonderful text which I translated/adapted, there is a kind of satisfaction that is unique and quite different from the satisfaction I feel as a playwright. I guess, as a translator I can fully enjoy the show without the ever-familiar feeling of writers’ anxiety lurking at the back of my mind. 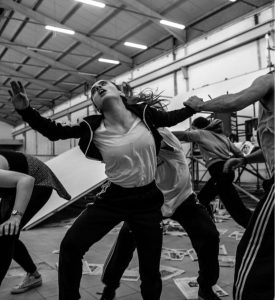 VII is one of the most exciting projects I’ve ever had the good fortune to work on. The music is phenomenal, the story is obviously one of Malta’s most important in recent history, it is emotional enough to move me to tears. The process itself was good because Erin’s writing was sensitive without being overly dramatic and it turns out that The New Victorians aren’t just talented, they also have an unparalleled work ethic. All in all it has been a very positive experience. Was it crazy? Yes. Would I do it again? Absolutely!

Wondering what happened to Malta on the VIIth of June? Buy a ticket today from https://www.kultura.mt/event/376 to find out!