After an open call was launched for Teatru Malta’s Artistic Director for the next three years just last August, Teatru Malta would like to officially congratulate Sean Buhagiar on securing the position for another three years. Sean Buhagiar was appointed as the first artistic director of the National Theatre Company in 2017. 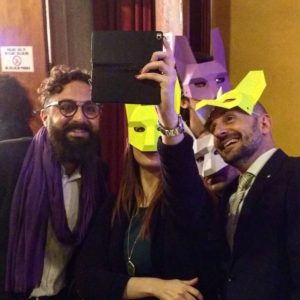 During his first term, Teatru Malta produced a number of productions engaging a variety of audiences such as Ilħna Mitlufa, a theatrical take on għana at Teatru Salesjan in 2018 which went on to be performed in Gozo and Torino in 2019; Nassaba – Song of Bird which toured around local social clubs and Raymond Fight Beck, a new Maltese play which also brought boxing fans into the theatre for the very first time. In 2018, Teatru Malta also established Trikki Trakki, a yearly Youth Theatre Festival now approaching it’s third successful year.  Teatru Malta is also recognized as a proud member of the European Theatre Convention (ETC) the largest existing network of public theater entities in Europe. Besides producing and publishing classic works translated into Maltese, the company also commissioned non-conventional projects like VII (Sette), a production commissioned in commemoration of the 100th anniversary of the Sette Giugno riots as well as Panto in the Dark, a pantomime pushing the boundaries of accessibility by performing theater live in complete darkness, the very first of it’s kind locally.  Sean is currently in the rehearsal room directing Larinġa Mekkanika, the first Maltese translation of Anthony Burgess’ A Clockwork Orange – A Play with Music which is being adapted for a teenage audience.

On the occasion of his reinstatement Style on Sunday will be asking Sean a couple of questions about his vision and intentions for the next three years of Teatru Malta. There will be more about what’s to come from Teatru Malta, but we couldn’t help but share a teaser from this interview here first!

This is your second term as Artistic Director of Teatru Malta. Looking back, would you have done anything differently over the course of the first three years?

Of course I would have. We always said that we wanted to take risks, we wanted to make ground-breaking theatre, work which was not being produced on the island. That is risky, and when you take risks, you are bound to make mistakes too. 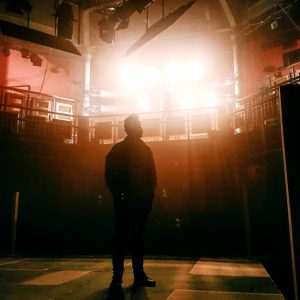 As Bernard Shaw put it, success does not consist in never making mistakes but in never making the same one a second time. Evaluating the choices we make is necessary and we owe it to our public. The mistakes we made will inform future decisions. But we will also keep making new mistakes. We cannot play safe, we are the ones who need to take risks, we owe it to our sector. 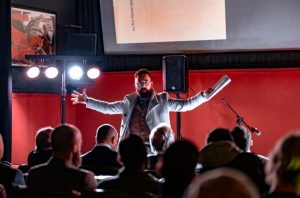 What I would not change is the vision. It takes more than three years to provoke a cultural shift and we are really very proud of what we have achieved in only three years. Teatru Malta has built a solid reputation, but it would be very arrogant to say we had a perfect run. We have had very successful productions and less successful ones, but we have always produced work with integrity and with the sole objective of bringing quality theatre to our public. Rome wasn’t built in a day. Judging from our first three years, I think we will get better at it.

For the full interview make sure to grab a copy of Style on Sunday out this Sunday 13th October with the Sunday Times of Malta!